Looking Back On a Year Without Tom Skinner 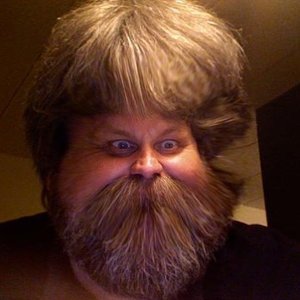 A lot can change in 365 days.  As the earth makes a complete revolution around that fiery, flaming accuser that flickers at the center of our existence, we toil and tarry, preen and posture, and sometimes act as if our own individual story were the only one worth telling.

In fact, individual stories without the influence of the people that come and go throughout the course of our lives wouldn't be stories that anyone in their right mind would give a shit about reading.  Each unique life is a thread that weaves itself in and around the others it comes into contact with. They intersect to form the great tapestry of the collected works of human existence.  Some of those threads are more substantial, more vibrant in appearance than the rest. They have more girth and consistency and fortitude with which to contribute to the bigger picture.  These lives weave themselves into the others more deeply than the rest, and leave a more noticeable mark on the overall fabric of the time in which they exist.  “Tiny” Tom Skinner and the life he led was one of these most fabled and special of strands. His path was so full of stories and unique situations that a single thread seems far too weak a metaphor to describe the influence he had on the people he knew and loved.  Tom’s life was more like a family quilt: a little tattered at the edges, older than the hills, and kind of funny smelling.  However, it still manages to tell the cantankerous tale of a unique man that meant and continues to mean a whole helluva lot to the many of us left behind that call him a friend.

One year ago today, Tom Skinner left this plane of existence.  He broke the bonds of mortal coil and transcended the barrier between this world and the next one, no longer shackled to the weak and winded carcass that once ferried his rambling spirit whichever direction it deemed desirable.  That body was just a vessel, an old beater car that Tiny drove until the wheels fell off.  A part of us wishes he would have saved a little fuel for the bottom of the tank, fuel which might have been able to propel him through a few more years of bumming around on this big blue ball with the rest of us mere mortals. That part of us wishes he’d have squirreled away just enough go-juice to pen a few more tunes, tell a few more dirty jokes, and spend a bit more time as the crotchety old bastard that he never quite became. Can you imagine Skinner at 70?  80???  He’d have made the most hilarious old fart to ever reside in McClure’s back yard.  But the part of us that wants that really only wants it for ourselves. It is a selfish slice of the soul, the piece that just wants to share another few laughs over a mediocre continental breakfast buffet at a hotel we aren’t registered at with an old friend.  As for the remaining part? The part that feels the constant pull of the pavement and hears the same siren song of the stage?  That part raises a clenched fist to the sky and salutes him for his service, commends him on a life lived hard and without regret, and bids him good journey on his final flight out of the cosmos.  It sends good vibes for to carry with him on the last great ride of this life, the one that heads upward and away from this world, then outward and into the void of the great and unknowable unknown.

And so, with one final punchline hanging on the air just as naturally as a punctuation mark placed at the end of a sentence, our hero and mentor and highway compatriot was gone from us. Whether in his hospital room (which I was not, due to my own personal problems and overall short sighted nature) or sitting around at the house or watching some favorite musicians play songs on a favorite stage, the general reaction to the news of Skinner’s death was similar.  We shuffled our feet, excused ourselves in an effort to move quickly out of sight, and cried our red dirt goddamn eyes out.

Those first months after he passed were wretchedly downhearted, especially the first ungraceful weeks during which those random, traitorous thoughts that come to all who have lost a loved one were most prone to come to mind.  Those lamentable remembrances that hit so quickly, it's only natural to forget the person at the heart of them is far more than a simple phone call away. These recollections first brightened the day like flash bulbs, created brief moments of cumulative illumination that brought on undulations of melancholy upon the realization that placing a phone call or emailing a stupid meme to a dead guy was a fruitless endeavor. This happened frequently at first, but over time, the shocking mental souvenirs became less and less shocking. After the passage of a few prolonged weeks, those mutinous memories gave way at first to unwilling recognition, and eventually to a begrudging acceptance of the undeniable facts of life and death.

The hurt never actually went away, but it did lessen.  Once that fog began to lift and clarity began to reassert a small measure of control over perception, we began to realize a most peculiar but wonderful phenomenon.

We were actually we.  Instead of a meandering multitude of individual I’s, the collective group of the folks that loved and mourned and missed Tom Skinner became a unified force.  “I” didn’t miss Tiny.  We missed him.  We began to look to either side and see someone that was going through the same things over the same loss, and it was in each other that we found our way back to the light. It still pained us, but it was a great blessing to know that we were not alone in our grief.  Instead of sitting around in solitude and brooding on the negativity of not having Tom to make us laugh, we started telling his stories and making each other laugh.  Maybe we didn’t tell the jokes with the same flare for the dramatic that Tom had told them, and maybe we left out a few red dirt details in some of his red dirt tall tales, but those tales were still being told.  Not only were they being told, they actually started to get around a bit. If there were a few Skinnerites at the same gathering, one would inevitably recall the missing piece or punchline that the other neglected to remember.  Gaps began to fill in, details were ironed out, and a complete picture started to form from the rough sketches in our minds.  Before long, people that had never met Tom Skinner were overheard telling Tom Skinner's jokes. Joke's that were probably Larry Spears’ or someone elses jokes to begin with, but Tom always had a way of making things his own. Tom Skinner songs came drifting out from random barrooms, filtered through overhead outdoor stereo speakers, sometimes in voices and styles that were foreign to our eardrums in a most extraordinary way.  The sheer fact of Tom’s mortality began to give way to the only tangible form of true immortality…the perpetuation of legend through the telling of tales that grew from a need to feel close to someone that was no longer close at hand When we got to missing Tom, we called up someone else that knew him and got together, whether we actually knew that person or not. The elemental fact that we shared a connection was enough to ignore the advice we got in school and go right on out and talk to a stranger. Folks that may have been casual acquaintances before Tom's passing became fast friends based solely on a shared love for a man who was so damn big, we could only call him Tiny.

Nothing would ever fill the gaping hole that Tom Skinner’s absence left inside all of us, but the new connections and friendships that came about from that hole he left behind went a long way towards leveling out the ground on which we stood. I got much closer to my good friend Dylan Stewart, and he invited me over to Larry Spear's place, and now we're as thick as proverbial (and, let's be honest, literal) thieves.  I met people like Mark Ambler and Jeff Haynes, got to know Gene Williams and Don Morris and a whole host of others.  I hung out with Mike McClure even more than I had been.  The emotional pitfalls became less steep and more manageable with new compatriots at our sides, and the disparaging feelings turned once more into laughter and good times.  Full circle, it seemed, wasn’t just some bullshit eastern religious mumbo jumbo after all.  It was just life, and unlike Tom, we were still around to live it.

So here I sit, one year later, doing my damndest to see the good in something…anything…when every single part of me is screaming out that there is no good left to look for, no reprieve from the endless onslaught of personal assaults and keepsakes of a life lost in pursuit of a fictitious goal I can never attain.

I wish things were simpler, like they were in the year before this last year came along and exponentially complicated matters that, for my two cents, were complicated enough already.  My situation ran the gamut from somewhat rocky to mostly decent to utterly amazing to royally fucked, all faster than you can say “I hate to up and die on you guys like this. I’m real sorry about that.”

But such is life. And such is death.

I only wish there would be some break in the clouds to remind me of the good that I’m certain must still exist.  Somewhere. Until there is, I think about Tom Skinner and Bob Childers and Kent Finlay, and the friends made at the expense of friends lost.  I think about songs and love and the ceaseless erosion of my innocence.  I think about two dogs and the woman that owns them. I think about a home that isn’t there anymore and likely never will be.  I think. I curse. And somehow…

Bryon White
I play music full time for a living, which usually results in a thin wallet, thick skin, and a wealth of really good stories.